This folly was built in the mid-eighteenth century as part of a scheme to beautify the ruins of the Old Castle. The archives record that Daniel Penny, a local builder, was paid £22 in 1756 for “building ruins under the Castle” and the following year he was paid £4 8s 6d for “finishing the Tower”.  From a notebook that he kept it is clear that Lord Digby liked the then fashionable style of completing a garden vista with a picturesque ruin, and he incorporated his own genuine ruin of the Old Castle into the landscape that he was creating. When the lake was finished in 1754 the Old Castle ruins became the backdrop to the water, which were improved by the addition of this mock-ruined tower mantled in ivy. The crenellated wall which can be seen at the top of the bank was built by Daniel Penny at the same time as part of the landscaping scheme. 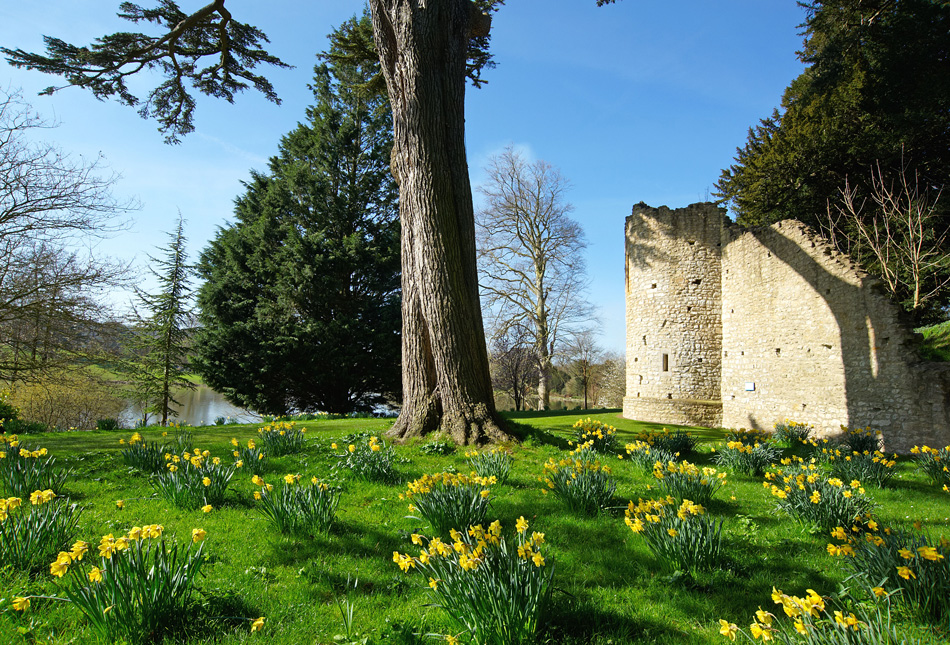