The poet Alexander Pope visited Sherborne Castle in 1724 and was so impressed with the gardens that he wrote a long description of them. He particularly liked the shaded walk to the ‘venerable broken walls’ of the Old Castle by the river, the ‘natural cascade, with never-ceasing murmurs’ and the views of the ‘glimmering waters’. Here there was a ‘rustic seat of stone, flagged and rough, with two urns in the same rude taste upon pedestals on each side’. The present structure dates from the late eighteenth century and was probably designed by Henry Holland, who was paid £30 10s in 1778 for a ‘covered bench in the garden’. In 1780 the estate accounts record the castle mason putting the finishing touches to the ‘Alcove in the Grove’. The Digby family called it Pope’s Seat in honour of the poet. Pope’s Seat underwent extensive renovation during 2003 and 2004, and is a place to enjoy the sounds of the Cascade, the reflections, the peace and tranquillity of this special place. 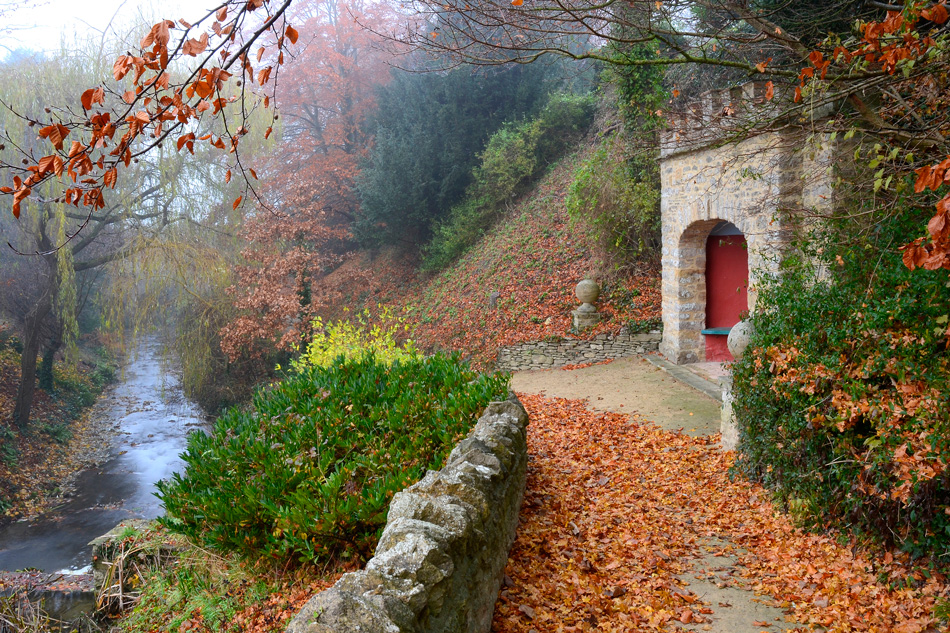