Improvements to the gardens in this area began in 1976 and have continued over the years. In 2015 and 2016 major improvement works are taking place. These include the addition of block stone edging, using stone quarried on the estate, to prevent further erosion to the riverbanks. This enabled the riverbanks to be planted with a range of woody and herbaceous perennials to create a pleasing feature around the Cascade built by Capability Brown. Notable plants growing here are the Gunnera mannicata, Lisichiton americainum, and Japanese Maple, Acer palmatum ‘sango-kaku’. The wisteria archway over Dinney bridge, which is medieaval was planted in 1995 with Wisteria floribunda ‘Peaches and Cream’ a truly magnificent plant with the most wonderful scent; enjoy it in late spring.  Look out for Pluto. 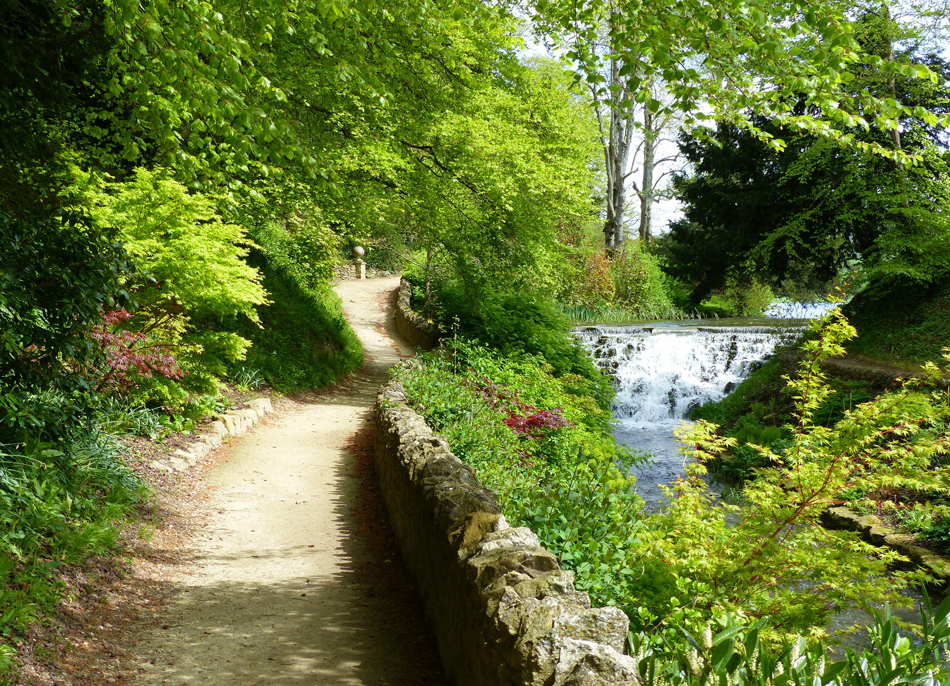